You can follow GÜNDER's Training Seminars and Event Calendar.

Register to the Data Bank.

Join GÜNDER, become a part of the solar sound! Register now and join us.

GÜNDER, founded in 1991, was appointed to represent International Solar Energy Society – Turkey Section (ISES-TR) by resolve of the Council of Ministers with date of 10th February 1992 and with number of 92/2752, depending on the 1. article of the law about the establishment of international institutions with number of 3335. GÜNDER is not only appointed to represent Republic of Turkey in International Energy Agency Solar Heating Cooling Program (IEA SHC) and International Energy Agency Photovoltaic Power Systems Program (IEA PVPS), but also working actively in cooperation with SolarPower Europe (the new EPIA, European Photovoltaic Industry Association), European Solar Thermal Industry Federation (ESTIF), International Solar Energy Society (ISES), Global Solar Council (GSC), Association of Turkish Construction Material Producers (Türkiye IMSAD), Danish Green Growth Network (DGGN), Middle East Solar Industry Association (MESIA), German Solar Association (BSW), Turkish HVAC-R Exporters (ISIB), The Union of Chambers and Commodity Exchanges of Turkey (TOBB), Asian Photovoltaic Industry Association (APVIA) through its memberships.
GÜNDER designs integrated works both to raise the awareness effectively in all parts of the society and to popularize making use of solar energy, and to have a role in solar energy industry in a way to prevent unfair competition and to increase the quality in all processes from manufacture to application by also setting up the auto-control mechanisms for the healthy development of the industry, and also it puts these works into practice in coordination with all parties of our solar energy industry. GÜNDER was ascended itself by incorporating National Photovoltaic Technology Platform (UFTP) in 2013. It was aimed at carrying on photovoltaic studies of GUNDER with the brand name of UFTP.
GÜNDER conducts studies of popularizing the manufacture and applications of solar energy systems and creates value by participating in national and international projects. By organizing industry development and information meetings, various trainings, seminars, workshops, conferences (SOLAR TR) and similar activities or by participating in or making contribution to the activities organized by the other organizations, it tries to increase the solar energy awareness and to make the efforts in this regard effective, and it tries to provide a healthy development of the industry with its contributions to the legislation development. It also conducts the international promotional activities of Turkish Solar Energy Industry and it develops export-focused international collaborations. (SOLAR CLUSTER-TR)
GÜNDER, the voice of solar energy by representing the entire value chain, is an unique nongovernmental organization of Turkey that consists of administrators and civil servants of public bodies, academic members and industry representatives of Solar Thermal and Photovoltaics with the contributions to low carbon economy and the leverage functions in high growth. 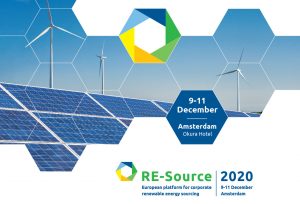 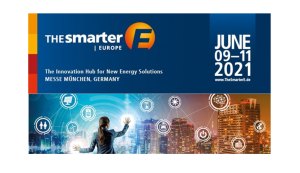 Only members of the association can benefit from our library. If you are a member of our association, please fill in the form and register to the library.